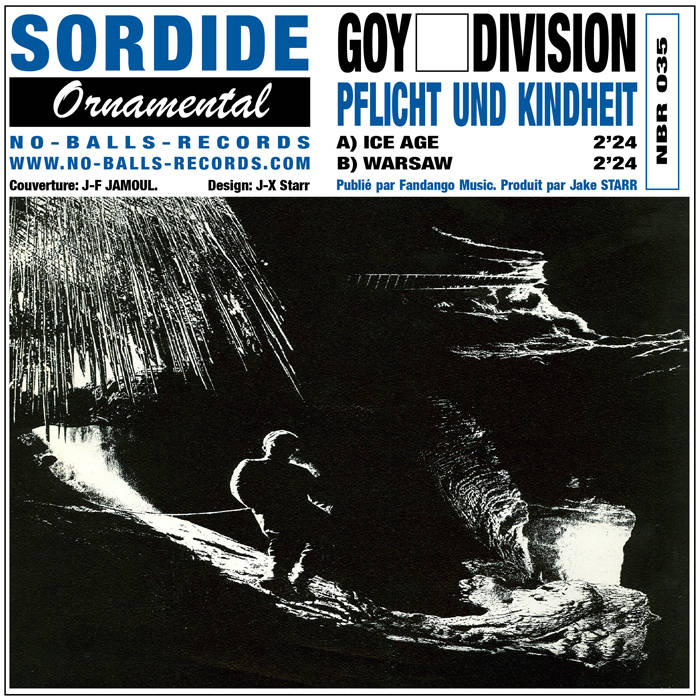 Even though these songs weren't on Fandango Records, I included them here anyway.

What happens when two Jews who used to play in Adam West get together to record a couple early Joy Division cover songs for fun? Well, it's GOY DIVISION, of course! Singer Jake Starr and guitarist Dan-O Deckelman, with the help of The Rats from Norfolk, Va., have put together a kosher supergroup of biblical (Old Testament, naturally) proportions! With a cover sleeve that spoofs the insanely rare Sordide Sentimental Joy Division "Licht und Blindheit" 7" that came out decades ago, this single will undoubtedly raise the musical awareness of all the unfortunate kids born too late to appreciate the genius of Joy Division.

"Failures" released on a split 7" picture disc with Chuck Norris Experiment on No Balls Records (Germany)
First pressing limited to 100 copies total
Release Date: June/July 2011
Description: The "lost third track" ("Failures") from the Goy Division recording session finds its way onto a sweet split 7" picture disc with our buddies The Chuck Norris Experiment on the flip. The Goy Division artwork tastefully (haha!) spoofs the cover of the seminal Joy Division album Closer. The Chucks donated an exclusive new track "Bloodbite" for this epic slab of vinyl. TOTALLY SOLD OUT!